Modeled on the EOS D30, released in 2000. Canon’s EOS 20D offers some impressive upgrades in this 2004 release. For starters, it has an eight-megapixel sensor. And an increase of 1.9 million effective pixels over its precursor, the EOS 10D.

But that’s not all. The Canon 20D also features an autofocus system and more than twice the buffer space. Plus, a continuous shooting mode that is 50 percent faster. Let’s take a closer look. 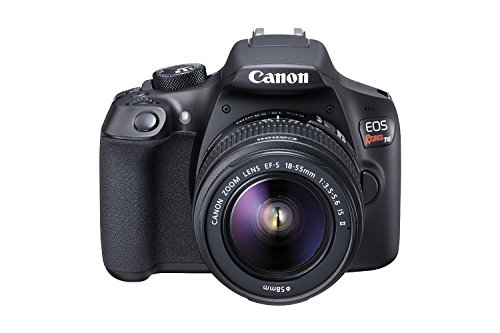 With its max shutter speed of 1/8000 sec. This model doubles the 10D’s capabilities. It also has a quicker X-sync shutter speed of 1/250 sec, up from 1/200 sec. The 20D’s pop-up flash is much higher. Allowing 17mm coverage of the field-of-view and helping to fight red-eye. It also boasts an improved calculation of flash power through the use of lens distance information.

Color space in this model has broken out of image parameter settings. Allowing you to adjust them independently. It has a nine-point autofocus system, which takes a diamond pattern and is much quicker to focus. It also works better in low light, with an exposure value of -0.5. Compared to the previous model’s 0.5 EV.

Additional features of the Canon 20D include:

The Canon 20D has more than double the frame rate. It shoots continuously at five frames per second for a maximum of 23 frames. The previous model shot 3.3 fps for up to nine frames. The 20D can also embed a unique signature in images to verify their authenticity. This is an important feature for law enforcement and court proceedings.

The 10D model claimed that it supported RAW+JPEG. But what it did was embed the JPEG in the RAW file. The Canon 20D makes a claim true, writing one of each file type for every frame. Magenta to green and blue to amber are the two axes in white balance shift. Which you can adjust with a “joystick.” A control dial lets you add bracketing.

Canon reduced the size of the camera’s mirror box, as well as the mirror itself, to enable support for EF-S lenses. It has also included a focus screen, dubbed “precision matte”. That offers a color response that is more neutral and better for those who want to use manual focus.

Canon’s 20D gives you the opportunity to customize three image parameter sets. In addition to having two preset choices available. Parameter 1 is the default, which features higher sharpness, saturation, and contrast. You can apply color filters, as well as sepia and other tones. In the camera’s black-and-white mode, the same way that you would use them with black-and-white film.

?In configuring parameter sets, you have several adjustment options. Including contrast, color saturation, tone, and sharpness. Reducing the contrast retains more of an image’s dynamic range, but also makes it appear flattered. And increasing contrast extends the grayscale. Which may cause some clipping in shadow highlights and detail. Adjusting saturation affects the color potency of an image while tone affects the hue. A negative setting adds redder and a positive setting adds more yellow. The maximum sharpness adjustment is +1, while the preset parameter default is 1. There is also a parameter set for black and white. That allows you to choose toning, contrast, and sharpness with the B&W filter.

This camera has seven image sizes that you can use with normal- or fine-quality JPEG settings. For super-clean images rivaling the RAW feature, use the fine JPEG mode. Which provides no detectable artifacts. The normal JPEG compression is also free of artifacts at 100 percent view. Despite compressing the output by nearly half. A RAW mode captures data from the sensor and creates files. That offer lossless compression in a size of about 9MB per image.

How it Works The Canon 20D

On top of the Canon 20D, you will find a large LCD panel that shows a variety of information, including exposures and settings, so you can visually double-check before shooting. The panel also shows the processing parameter and ISO setting, along with a “busy” signal

The LCD monitor measures 1.8 inches diagonally. And clear enough to read in both moderate and low light. It is difficult to read in bright sunlight. However, which is partly due to having a protective screen that is plastic rather than anti-reflective.

Along with basic zone exposure selections that range from portrait and landscape to sports and night scenes, the 20D offers five creative zone exposure choices.

This camera comes with a more powerful BP-511A battery pack of lithium-ion with 1390 mAh at 7.4 volts. And a small, lightweight CB-5L battery charger for ease of use while traveling. It takes about 90 minutes to recharge. Due to its smaller size, the EOS 20D also has a new battery grip with added capacity. An included magazine of six AA batteries is your backup. Which Canon says is only enough to “get you home”.

Like the fuel that remains after your car’s gas tank light comes on. There is enough battery power in the magazine to get you to the “gas station”. To attach the grip, you must remove the battery door. Insert the grip in the compartment and then attach it to the tripod mount. With two battery packs, the grip adds 13.2 ounces the overall camera weight.

The 20D offers connections for video out, USB (high-speed), PC sync and remote. The protective rubber, allows you to uncover just the USB and video terminals. The USB 2.0 out-strips a typical reader with a transfer rate of more than 2.5 megabytes per second.

It works with CompactFlash cards, including Type I and Type II. As well as cards with capacities of 2 GB or more. Unfortunately, there is a problem with this model. Along with others in this line: it turns off if you open the CF door. And you lose buffered images not yet written to the card.

Canon’s design aim is to ensure that the card is not damaged when you remove it. Perhaps a better solution, as seen on other models. Is an alarm alert when you open the door to remind you that images are still buffering.

What We Think of The Canon 20D

Canon upped its game with the 20D, which outperforms Nikon’s D70. It still has some issues, namely the shutdown when you open the CF compartment, and loss of buffered images. It also could be more flexible in adjustment settings and image processing features, in particular, sharpening.

This model does not have spot metering, but it does have poor white balance, which is, unfortunately, average. The flash sync is not as good as others at 1/250 sec compared to 1/500 sec. Image parameters are limited to five adjustment levels, and the low-resolution 1.8” LCD monitor should be larger and have higher resolution.

Minimally smaller and lighter than its predecessor, this camera feels comfortable in your hand. It is not bulky and it is easy to carry around all day. The 20D offers excellent resolution and great color with minimal noise levels and an ISO range of 100-3,200. It’s faster, shooting continuously at a rate of five frames a second in a burst of up to 23 JPEG. The autofocus is quicker in this model, and dual-purpose buffering ensures that you always have room to keep shooting.

Photographers can choose between a sRBG or Adobe RGB color space, which are now separate from image parameters. You can customize three sets of parameters in this model, and improvements to battery features extend both power and life. Overall, it is a good camera with many improvements that make it a good purchase.