Both intriguing and gutty, fashion photographers have challenged the concept of beauty over generations and continue to redefine visual art in the fashion industry. Here at Virtual Photography Studio we want to bring into the open the work of successful professional photographers from various niches and places around the globe. After starting with a top selection of travel photographers, here are 10 fashion photographers worth knowing about.

Bio: Born in Crema, in 1979, Alessio Bolzoni is an Italian fashion and editorial photographer whose work has been featured in Marie Claire, Office Magazine, Harper’s Bazaar UK, Elle US, Grey Magazine, Numero, Lurve magazine and many more.

His photography captures a sense of drama and movement as street art and cinematography are his sources of inspiration. Bolzoni is definitely one of the avant-garde fashion photographer of these days, mixing high style with simplicity. The result – an unusual elegance.

His style is extremely versatile, but as a trademark there’s a sense of purity and grace in everything he captures.  He acknowledges Frantisek Drtikol, George Platt Lynes and Robert Mapplethorpe as the photographers who inspire him the most.

Bio: Born in Vietnam and raised in three very different corners of the world – Iran, France and Southern California – Sebastian Kim is a renowned fashion and editorial photographer. He immersed in the world of fashion photography as an assistant of Richard Avedon and Steven Meisel. 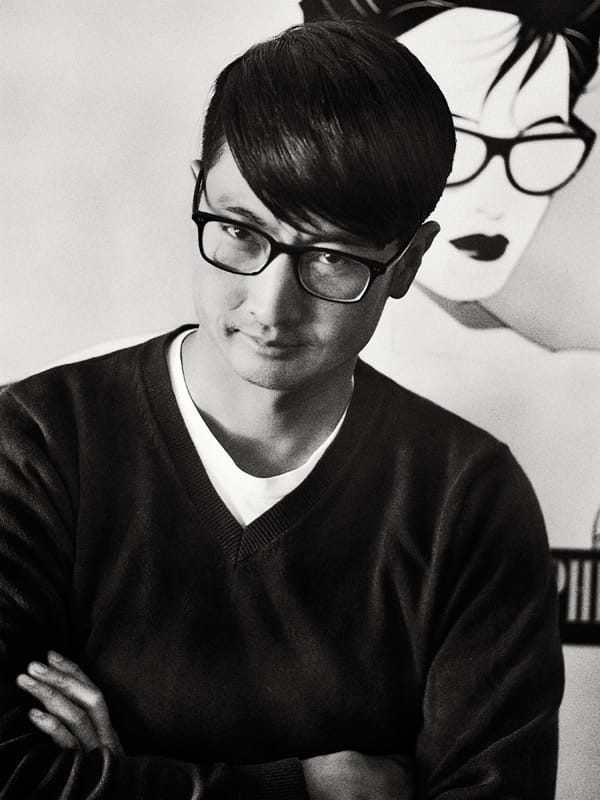 Kim has collaborated with many famous publications such as Harper’s Bazaar UK, Vogue, Numero, and The New York Times. His fame grew tremendously after having worked with top fashion designers like Calvin Klein, John Galliano, Nina Ricci and Alexander Wang.

Kim’s shooting style is described as sexy and glamorous, yet tasteful.

Bio: Born in Belgrade, former Yugoslavia, Andrea is a fashion photographer, currently on the crest of the wave. Based in Brussels, he travels the world to work for clients like Vogue, Gloss, Flaunt, Harper’s Bazaar, Wallpaper, Madame Figaro and TANK magazines, as well as advertising clients such as Valentino, Louis Vuitton, Guerlain, Swarowski, Lanvin, L’Oreal, Nike, Longchamps and Canon.

With an obsession for perfection, his photographs are meant to redefine beauty by capturing a contemporary mood based on light, shapes, shadows and textures.

Bio: Steven Klein is an acclaimed American photographer. His passion for photography began at the age of 10. Although he studied painting, he started building his career in photography as soon as he graduated from the Rhode Island School of Design.

Highly provocative and subversive, his photographic style brought him to the attention of major brands in the fashion world. Klein has shot for clients like Calvin Klein, Dolce & Gabbana, Alexander McQueen, Louis Vuitton, Balenciaga, contributed regularly to magazines like Vogue, i-D, Numéro, W and Arena. He is mostly known for his editorials with Madonna and Brad Pitt.

Klein has also created vibrant images of iconic music artists, such as Britney Spears, Rihanna and Lady Gaga. His photographs are eclectic, sexual and inspiring.

Bio: Born in London, United Kingdom, Nick Knight is one of most imaginative and influential photographers in the fashion industry. Over the years he has worked for leading designers including Alexander McQueen, Christian Dior, Calvin Klein, Lancôme, Levi Strauss and Yves Saint Laurent. Nick Knight also shot for high-profile brands like Audi and Mercedes Benz, challenging not only the conventions of fashion media, but also the conventional notion of a fashion photographer.

Among his prestigious clients, it is worth mentioning British Vogue, Paris Vogue, Dazed & Confused, Another Man and I-D magazines.

Apart from photography, he is also a renowned filmmaker. He shot videos for artists like Lady Gaga, Kanye West, Gwen Stefani, Massive Attack and Bjork. His style is thought to be experimental, and progressive, or, in another words, at the edge of the avant-garde. He continues to create visionary content on his own fashion website SHOWstudio.com.

Bio: Annie Leibovitz is one of the most famous female American photographers of all times. Born in Connecticut, she is a third-generation American with family roots in Romania and Estonia. While studying painting at the San Francisco Institute, she discovered photography and started working for the Rolling Stones magazine. In 1973 she became the magazine’s chief photographer, shooting no less than 142 covers in ten years, including the iconic embrace of John Lennon and Yoko Ono. Lennon was shot dead five hours after the photo shooting, making Leibovitz’s photograph a memorable moment in the history of visual art.

Mert & Marcus are known for a creative and innovative use of digital technology. But what keeps them ahead of the game is their exuberant and sophisticated photography. Their style is highly aesthetic, unconventional and, sometimes, hyperreal.

Bio: Italian-born fashion photographer, Paolo Roversi is now based in Paris. His love for photography came early, in 1964, while on vacation with his family in Spain. After returning back home, he set up a darkroom and began developing his own black and white work. Years later, he started working as a reporter until he was discovered by the British photographer Lawrence Sackmann.

After nine month of apprenticeship with Sackmann, Roversi started working on his own as a fashion photographer, shooting for Elle, Depeche Mode and Marie Claire. He has created ads for Armani, Dior, Romeo Gigli, Yohji Yamamoto and a many others.

His photographs are acclaimed for a sense of grace, purity and femininity due to Paolo’s technique, which he says to be ‘more subtraction than addition’.

Bio: New York City based photographer, Mario Sorrenti was born in Naples in 1971. He is best known for his nude photography featured in Vogue and Harper’s Bazaar, as well as for the iconic shooting of Kate Moss for the Calvin Klein Obsession perfume campaign. Sorrenti is active in the music industry as well, having shot Shakira, Maxwell, and Drake. He also directed John Mayer’s video for ‘Daughters’ in 2003.

Among his clients from the world of fashion, he has collaborated with notorious publications and fashion houses like Vanity Fair, Another Man, Lancôme, Paco Rabanne, and Benetton. Currently, he exclusively works for the Art Partner agency and continues to surprise his audience with a provocative, always impressive vision on what fashion photography is.